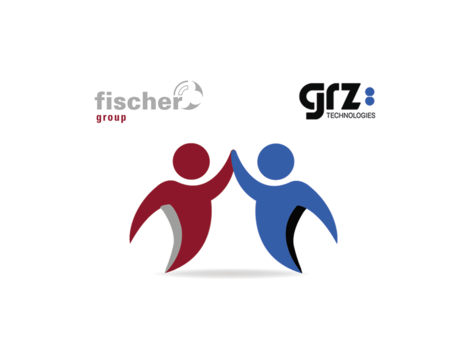 Achern, 11 August 2022 - The fischer group in Achern is taking a stake in GRZ Technologies AG, based in Grolley, Switzerland. The company participation is the starting signal for a strategic partnership.

With this investment, the fischer group is further expanding its involvement in the hydrogen economy. The manufacturer of longitudinally welded stainless steel tubes and GRZ Technologies AG already have a partnership, which is now being consequently expanded. The fischer group already supplies stainless steel tubes that are installed in GRZ thermal hydrogen storage tanks and compressors. The partnership will be further developed both technologically and in terms of sales.

GRZ's product portfolio is based on several decades of research work in the field of hydrogen. The products are used wherever hydrogen is converted from renewable electricity. In combination with Hyundai fuel cells and electrolyzer from third-party suppliers, modern thermal energy storage systems in the MWh range are created for the power grid of the future. In addition, thermal hydrogen compressors are also realized with the same technology, for example for industrial filling stations. GRZ also develops and manufactures plants for the production of green methane, which is chemically similar to natural gas.

We are pleased to become co-owners of an innovative company in the fast-growing hydrogen economy, says Hans-Peter Fischer, CEO of the fischer group. "We are already connected by a business relationship, which will now be consequently expanded. We are not only an investor and create the basis for scaling and growth, we are also a technology partner for GRZ. This creates a strategic partnership that leaves a lot of room for further developments in the cooperation."

About fischer group
The fischer group is the world's market-leading manufacturer of high-quality stainless steel tubes and components and technological leader in the production of longitudinally welded tubes. The entire process - from slit strip to the manufacture of complex components - is controlled and continuously developed. An aluminum hot-forming parts production facility currently under construction has been contributing to the group's growth since 2021. The fischer group has its headquarters in Achern-Fautenbach (Baden-Württemberg) and further companies in Menden (Germany), Canada, USA, Mexico, Uruguay, Austria, South Africa and China.